I believe that fashion is not a frivolous pastime and technology is not only for geeks, so in the beginning, I was inspired to educate and aspire to inspire those who had a debunker attitude when it came to fashion tech’s staying power. Putting ‘pen to paper’, I did not want to preach, but I wanted to translate technology in a fashion voice and bring attention to the fact that fashion and technology have been dating for longer than we have dared to acknowledge. Taking their relationship to another level and finally going “steady”, the partnership between fashion and technology is one that promises to wield many benefits that include creating a better and more convenient fashion future for everyday consumers.

In the Beginning, I Was Just a Geek in Louboutins

FashNerd.com started with a soft launch in September 2014. In the beginning, it was just Mano ten Napel and I, and our first call of business was to build a community interested in the merger of fashion and technology. With no social media experience at all, we started building, and within 6 months FashNerd’s community had grown from zero to 20k! It quickly became obvious that there was a genuine interest in wearables, it was just that most people wanted the story to be told in a language they understood. So communicating to the majority in the language of fashion we started to educate our community about how wearables could benefit their lifestyle. 2014 was all about functional wearables that were not always the most beautiful gadgets. They did what they said on the box, and there was not much focus on the devices looking good!

“I believe that fashion is not a frivolous pastime and technology is not only for geeks.”

Seeing that there was a need for what we were “selling”, we officially launched FashNerd.com on 13th January 2015. As I absorbed everything fashion tech, I was part of a movement that embraced innovation and believed that Fashion Tech is destined to shrug off its gadgetry stigma, so it can be given a seat at the table. We wrote a lot about how the world of fashion technology was pushing boundaries in a way that helped consumers embrace tech-laced products that brag stylish convenience. 2015 was the year that fitness wearable brands finally understood that they needed to become more fashion conscious when it came to designing their devices, hello Jawbone’s collection of beautiful bands. Let’s not forget that it was also the year that Retail Tech came out of the shadows of Fashion Tech.

For many fashion brands, 2015 was the year of collaborations. It was great to see fashion brands and technology companies come together to create marketable wearables. Our favourite was the Bauble Bar x Jawbone collab, a consumer-friendly jewellery collection of wearable tech minus the geek. Then there were Fashion Tech 2.0 brands like Vinaya and Unseen, that not only evolved into fashion must-haves with the power to reflect a wearer’s taste but they were also stocked in well-known stores like Selfridges and Browns Focus.

When it came to consumers response to the merger of fashion with technology, we noticed that this was a period when it came across like some consumers feared technology being part of their everyday wardrobe. But when we took a closer look, we realised that they did not fear the advancement of Fashion Tech, they feared the thought of having to sacrifice their style to adorn something with technology. We wrote about how consumers saw Fashion Tech designs as nothing more than a novelty. Think blinking ties or beeping dresses.

Believing In A Merger That Sounded Too Sci-Fi

As 2016 rolled on, I made sure that I was at the forefront of everything that was going on. I talked to the innovators, the designers, the communicators and the educators. I wanted to learn from them about a space that kept me on my toes. With my curiosity always being aroused, we had some interesting headliners like Augmented Jacket Imitates Birds’ Navigational Systems, Jumpsuit That Turns Sweat To Drinking Water and we also started our road trip series with a trip to Hyper Island.

As our community continued to grow, we started taking on expert contributors like Lee Anderson, Sergey Moliavko, Molshree Vaid, Ricardo O’Nascimento and even Forbes 30 under 30 Madison Maxey, who wrote a piece for us on e-textiles. 2017, was the year that we collaborated with various events that wanted to highlight the fashion tech space. One of those events was Munich Fabric Start, the 2nd biggest textile tradeshow in Europe. They invited us to be part of the KEYHOUSE, a space that celebrates innovation and creativity. Launched 30th August 2016, the progressive trade fair saw the importance of creating an area where attendees could find pioneering development from brands who show unrivalled potential.

By 2018, FashNerd.com had slowly but surely built a name for itself. We found ourselves not only being invited to cover various events but also taking to the stage to share the knowledge we had soaked up over the years. I was always happy to talk about my two favourite topics: smart textiles and sustainable fashion. This was also the time that I started to notice that the merger of fashion with technology was being taken more seriously by mainstream media. It wasn’t just the likes of FashNerd, Electric Runway and Interlaced writing about fashion tech but Elle.com and even Business of Fashion started a section dedicated to everything fashionably tech.

In our fourth year, we continued to enjoy the roller coaster that was FashNerd.com. My cup was certainly running over. I was not only writing content for FashNerd.com, but I was also contributing to Wareable.com and Suuchi.com, while also working as a fashion tech consultant for various fashion brands. The most exciting part of 2019 was talking to students. Thanks to Harriet Posner, I was put in front of curious students who wanted to learn more about the world of fashion technology. It was an amazing experience and one that I am looking forward to repeating in 2020.

Talking about 2020, what do we have planned? Well as we enter another decade, we have decided to upgrade FashNerd.com. Focusing on our insights section, we will be including more deep-dive content that takes a closer look at all topics that fall under the fashion tech umbrella. We will also be partnering up with various companies to bring the education of fashion tech to the forefront.

As we continue to write our story we want to say thank you for all your support in the last five years, especially Neue Lab Creative Director Kim Gustafsson, Claudia Mynott of Munich Fabric Start, Lisa Lang, founder of ElektroCouture, Barbara Steiger of Microsoft Europe, Samira Hersom from Launchmetrics, Julia Mayhugh and of course our brand ambassador Jasna Rokegem of Jasna Rok lab. Lastly, although in the last five years, I have gotten married, had two babies and bought a house, somehow FashNerd has continued to still be my first baby. Now I, my partner Mano and all our contributors and collaborators look forward to another five years and then some. 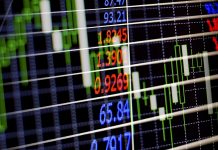 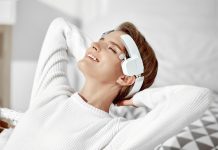 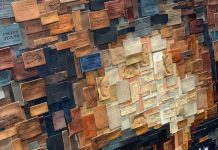 The Future is Set To Blow Our Mind

Apr 2, 2015
We use cookies to ensure that we give you the best experience on our website. If you continue to use this site we will assume that you are happy with it.Ok