For the last 10 years, we’ve been watching the leaps and dives of the Fashion Tech industry primarily through the lens of retail projects, and some of them really did become unicorns: e-commerce is experiencing a boom, there are flash sales all around, search engines, content marketing, influencers, Instagram, the whole lot.

However, large-scale sales of garments via online catalogues is not the level of “innovation” that I want to hear about, no matter how creatively they are presented.Because whenever we talk about selling more, it means that we ignore the problems that are stocking up in the background. Taking into account these fundamentals, centuries-old problems of the fashion (garment) market, the new products and technologies in the world of fashion are much slower in coming that one would like them to be. I am speaking primarily about consumer-oriented products.

ALSO READ: Lessons That You Need To Learn From 7 Fashion Tech Startups That Failed

After all, there is the industrial segment with its conservative innovations that work: you buy a new “super-effective” chamber for fabric dyeing, you take ten years to pay back the credit, then you work another ten years for profit, and then it’s time for a new version.

Speaking of more serious innovations in the world of Fashion Tech, one can mention the attempts to bring the wearable devices to the market, an adaptation of fitting solutions, 3D printing of garments or on-demand manufacturing that I keep talking about.However, the scale is not enough because no one is using any of this, save for 2–3% of consumers who like innovations. Meanwhile, sociologist Everett Rogers, whose teachings are so beloved by the venture industry, says that to secure massive growth and be accepted by the masses, the product should have other “social prerequisites.” This is why I decided to take a look at the issue of “social prerequisites” from the extensive legacy that binds people to their clothes.

In his book “Empire of Cotton,” professor Sven Beckert draws a giant historical parallel: from the ancient civilizations through the globalization of the garment industry in the 17th-18th century to modern times.

“The technology of creating / manufacturing / selling the garments took centuries to develop. “

The technology of creating / manufacturing / selling the garments took centuries to develop. This means that the technological breakthrough of the steam engines for the garment industry that was achieved by the British in the 18th century was based on the technologies and methods of fabric weaving that were used for hundreds if not thousands of years before James Watt.

As a result of this legacy, the global scaling with its focus on cheap labour that moved into top gear by the mid-20th century blew the industrial problems up like a giant soap bubble. To put it under the pressure of the retail chain model and onset of mass consumption, production had moved to Asia along with all the problems inherited over the centuries.”We mostly see the innovations only when it comes to the “last mile,” the sales.”

Today, almost a century after this large-scale production psychosis, the industry is deep in thought about optimization, mostly thanks to the appearance of computers and internet and transition to the century of information. However, the scale of thought about these optimizations is too often too small. That’s because the number of stakeholders in the supply chain is so significant that any dramatic changes in the process seem impossible. As a result, the entrepreneurs attempt to improve just some section, without destroying the house of cards that is built on top. Quite possibly, this is why we mostly see the innovations only when it comes to the “last mile,” the sales.

DNA and power of the brand

Speaking of the legacy, the clothes served as identification long before Supreme appeared on the market. Today, we think that the question of affiliation with a certain tribe through the purchase of certain fashion label is a marketing innovation. But dozens and hundreds of generations ago, group affiliation was the basis of survival. This is why, whether we talk about Incas, Native Americans or Vikings, the clothes as a sign of identification were a fashion label of sorts long before any commercial brands had appeared.

This leads me to the conclusion that group affiliation via fashion labels has been steadily anchored in our DNA. Moreover, it costs a lot to change the habit integrated into the DNA no matter how innovative is the approach that is used. Also, the last thing, tied to our legacy. The history of fashion through the history of costume proves the undeniable fact of the gradual sophistication of the manufacturing process from chlamys and chitons to three-piece suits and evening dresses.

Keeping faith in the basic principles for thousands of years, we complicated the methods of treating the cotton and its derivates. As a result, we now have methods of garment production that resemble in their complexity architectural blueprints and require execution with millimetre precision. Meanwhile, requirements that consumers impose on the garments, which are rendered absolute, have led to the situation when departure from traditions is only accepted in the case of affiliation with specific “tribes”: from innovators to religious sects.

Alternative ways of implementation are practically intolerable, as we consider everything that is new in terms of fabrics, cuts, colours and approaches as madness. As a result, the fashion legacy accumulated over millennia stands between us and all the attempts to quickly and dramatically change the industry and garment consumption that seriously pollute the planet and in some sense work as the modern society’s social barrier. Alternatively, maybe, like the ad creators like to say: “this is how people are”. To be continued…

Sergey Moliavko is co-founder of ShareCloth.com, a fashion tech startup provides solutions for fashion 3D-printing and 3D-retail. For the last 7 years since he founded DressUp.ua, a marketplace for Eastern Europe emerging fashion brands, and he also ran few fashion tech startups in e-commerce and digital marketing. 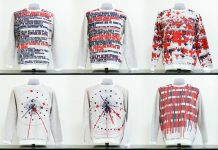 Diving Into the Absence of Relevant Data in Fashion 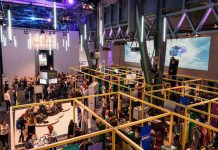 Oct 8, 2015
We use cookies to ensure that we give you the best experience on our website. If you continue to use this site we will assume that you are happy with it.Ok