Mercedes-Benz is presenting itself as a serious player in the business of solar power and batteries. The luxury car manufacturer recently partnered up with Vivint Solar to provide an all-in-one, turn-key solution for smart solar energy. Mercedes will provide the smart home battery, and Vivint Solar will provide solar-panel installation as part of the partnership.

Vivint Solar also announced a collaboration with Vivint Smart Home earlier this year. It will enable the company to use smart devices, Internet of Things (IoT), and artificial intelligence to manage energy loads, charging cycles, and maintenance scheduling of the system automatically. A smart home experience is also on the cards as a part of the deal.

At-home batteries are an essential purchase for anyone wanting to convert their home to solar power. Batteries store the electricity generated by solar panels that can be used during night or peak grid hours. Consumers fancy a single service provider to cater all of their needs; they don’t want to procure material from different vendors and then hire a contractor for installation. Tesla took the lead, and Mercedes followed it in the current solar industry’s progression.

Also Read: ThermoSmart, All About Design and User Experience

Vivint Solar CEO, David Bywater, sees this as something that consumers are increasingly asking for from manufacturers.

Batteries and solar installation used to be different processes, but the unveiling of Solar Roof, acquisition of Solar City, and launch of Powerwall by Tesla changed the solar energy game. Tesla rolled the battery and solar installation into one process. Tesla’s aesthetic solar roof shingles cemented the company’s place as a visionary in the solar power market. At-home batteries are indeed an extension of both Tesla and Mercedes’ electric car plans. Tesla has been pushing to integrate all of its products: a Powerwall that both stores solar energy and juices up your Tesla car battery.

Mercedes introduced its at-home battery manufactured at Deutsche ACCUmotive for the first time in Germany last year, which later expanded to the UK and South Africa. In the US, it will only be offered to California residents under the partnership with Vivint Solar.

Mercedes’ standing battery can store 2.5 kilowatt-hours of energy, but can integrate with other units to potentially store up to 20 kWh. Full cost, including installation for the 20kWh system (including eight units) ranges from under $5,000 to $13,000. Whereas Tesla’s wall mounting Powerwall can store 14kWh of energy and can link with up to ten units, with a tesla home battery price of $11,450 for a single unit. Powerwall’s full home solar systems are not only space efficient, but also stores more energy than a Mercedes’ full system.

Mercedes’ energy division CEO Boris von Bormann explained that even though there is plenty of room in the market for multiple players, Mercedes has a competitive edge when it comes to quality. He insisted that Mercedes is a serious, long-term player that will be present well into the future. The trust Mercedes has earned over the years will ensure that Mercedes will deliver a quality smart home battery solution. In addition, a robust support system will safeguard consumer interest. 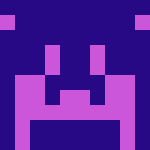