Danielle Roberts, an artist at Awareness Lab, has come up with a high-tech meditation suit. The artist/designer/innovator, who has been working on the project since 2015, has come up with a habit that can influence your meditation by changing your environment positively. The suit, which is capable of measuring the correlation between the quality of meditation and environmental factors, helps the wearer flourish and grow through insight and awareness.

Made of natural materials such as pure wool and a viscose/modal mix, the sustainable and ethical wearable provides insight into aspects such as posture, breathing, heart rate and the pressure between the wearer’s fingers and their relation to the quality of the meditation. The ambitious project was made possible thanks to designers, scientists, businesses, students and the DesignLab at the University of Twente who all contributed to design and creation of the meditation suit. “This project would have never been possible without the disinterest or extra effort of Vera de Pont, Protospace, DesignLab UTwente, Michel Gutlich, Léanne van Deurzen, Meike Kurella, Pieter Floris,” stated their site Meditationlab.nl. The project also got further help in mid-2017, when it was funded via the European project WEAR Sustain.

Current wearables only measure some variables and often this data is neither complete nor freely available to users. Silence Suit is the first wearable that gives you a comprehensive picture of your physical condition and environmental factors during meditation. You have complete control over your data. On this, Roberts, an enthusiastic self-tracker, told UNIVERSITY OF TWENTE online magazine, “The Silence Suit consists of a proprietary software platform -the Dataserver. It stores and analyses qualitative and quantitative meditation data. With the help of an algorithm, the system gets to know the meditator better and better over time”. Adding, “Using Internet of Things technology, the Data server automatically adjusts the environmental factor to create the perfect meditation experience.”

ALSO READ: Would You Prescribe To Mental Health Wearables To Keep Your Mind Fit & Issues-Free?

So how does it work? Housing 11 sensors, the meditation suit Silence Suit measures 18 parameters about your body and the environment. The suit has a wireless connection with the software belonging to it: the Dataserver. It logs, displays and analyses the data. The server is connected to a smart light unit which can change colour during the meditation session.

Although the Meditation Lab Experimenter Kit, which consists of a suit and software, is now available to those who would like to conduct their own meditation experiments, Roberts continues to research aspects of the environment that have a positive effect on meditation. She is also encouraging people to not only come and collaborate but also take part in meditation experiments. If you are interested, then contact the Meditation Lab. Maybe you will see us there because this is the kind of project that appeals to us so who knows, someone from the FashNerd team might give a try and report back! 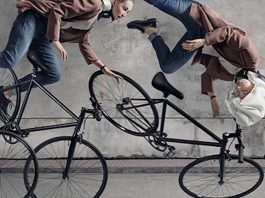 Conversation With the Team Behind Third Generation Revolutionary Innovation The Hövding... 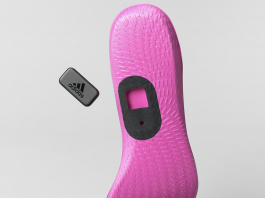 Are You Ready To Raise Your Digital Game With A New... 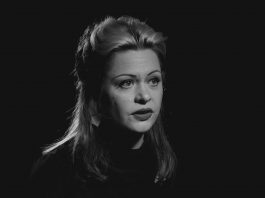 Lisa Lang on Knitted Wearables and Reprogramming the Machines

Collaborations Mar 6, 2020
We use cookies to ensure that we give you the best experience on our website. If you continue to use this site we will assume that you are happy with it.Ok