We recently wrote about drones buzzing down the runway at a D&G show in Milan. It was a stunt that brought about the conversation of whether drones are going to replace real-life models in the future. Personally, I think that drones are very unlikely going to replace the Naomis and Cindys but Shudu might.

Shudu is a digital supermodel, with an active Instagram page- @shudu.gram. Her 19 posts have already enticed to 62.3k to follow her. Her ‘likes’ even broke the Instagram barrier, which is 222k by the way. Created by photographer Cameron James-Wilson, he brought the world of fashion, technology and augmented realities together to create Shudu.

The Emergence of Cameron’s Digital Model

When it comes to the hyper-real level of detail in Cameron’s 3D modelling, it takes him days to work on one single image. Inspired by several people, he told High Snobiety: “(My) main inspiration is a South African Princess Barbie. Obviously, her real-life inspirations are pulled from so many different women — Lupita, Duckie Thot and Nykhor — even throwing it back to Alek Wek, who was a massive influence on how I saw beauty growing up.”

“With the advancement of tech and 3D industries, we can expect a change.”

He also explains a concept known as the ‘uncanny valley.’ “This describes the eerie feeling that arises when objects look human, but not quite (mannequins, dolls, Sophia the Robot etc.) Shudu is notable for being a post-uncanny valley, appearing so human that most people, even with a closer look, wouldn’t suspect that she’s CGI,” he also told High Snobiety.

Beautiful enough to draw the attention of Rihanna’s beauty brand Fenty, Shudu’s creator also got some criticism for being a white man manufacturing a black woman. “The comments that have been most critical of what I’m doing have been from white women, which was kind of unexpected. I had dark skinned girls and women message me to say that they love the art that I’m doing,” says Cameron. “This is why I like to do interviews: to show people what’s behind it. This is not trying to take away from anyone, but it is trying to add to the standard of beauty that’s being shifted to something much more inclusive.”

“Shudu’s creator also got some criticism for being a white man manufacturing a black woman.”

He adds; “Just the same as in many industries, the 3D world is sorely lacking ethnic diversity and black characters and assets are particularly rare,” he says. “There’s a push to shift this, and with the advancement of tech and 3D industries, we can expect a change. But it’s one thing that Shudu is contributing to in her way. It wasn’t something intentional from the start, but now I’m very interested in helping to create the resources needed for game developers and 3D designers to make more diverse characters”.

Challenged by the lack of available software, Cameron wasn’t deterred. I think the creation of Shudu is just the beginning. She will not replace real-life models, just like celebrities haven’t replaced the real-life model, but she will give brands another avenue to travel. “I don’t see her or virtual people taking over the real world,” says Cameron. “The work that’s involved is extremely intense. The only reason I can make Shudu what she is is that I know about photography, hair, makeup.” My only worry is what message the ‘perfect’ CGI model could send to young impressionable girls. 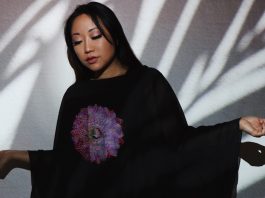 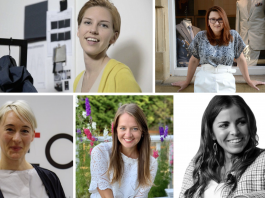