Ok this is nothing to do with Anna Wintour’s moment when she looked like she was embracing Fashion Technology at PFW last season but I feel the need to pay homage to fashion’s very own bob wearing Guru.

Anna Wintour OBE will receive the Outstanding Achievement Award at the 2014 British Fashion Awards, in partnership with Swarovski. The iconic Editor-in-Chief of American Vogue and Artistic Director of Condé Nast will be honoured during the ceremony at the London Coliseum, on December 1st 2014, for her tremendous contribution to the fashion industry.

Ms. Wintour’s career began at Harpers & Queen magazine in London in 1970. In 1983 she joined Condé Nast as Creative Director of American Vogue and in 1986 returned to England to become Editor in Chief of British Vogue. In July 1988 she rejoined American Vogue in her current position. In March 2013, Ms. Wintour was named the Artistic Director of Condé Nast.

Ms. Wintour has been actively involved in fund-raising, particularly for AIDS research and the Metropolitan Museum of Art. In 1990, she played a strategic role in developing the fashion industry’s AIDS charity, the CFDA/Vogue initiative through which she helped raise over $20 million. From 1995 to the present Ms. Wintour has co-chaired sixteen fund-raising galas which together have raised nearly $130 million for the Metropolitan Museum of Art’s Costume Institute.

In 2003, Ms. Wintour directed the establishment of the CFDA/Vogue Fashion Fund, an unprecedented initiative and award designed to aid emerging American fashion designers struggling to build successful businesses in the wake of 9/11.

In September 2009, in response to the devastating consequences of the economic downturn, Ms. Wintour developed Fashion’s Night Out, a global initiative designed to promote the retail industry, restore consumer confidence and celebrate fashion. In 2014, Ms. Wintour spearheaded the fashion industry’s involvement in Born Free Africa, an organization aiming to eliminate mother-to-child transmission of HIV by the end of 2015, using funds from a dedicated clothing line comprised of pieces by world-renowned fashion designers who are also mothers.

Christopher Bailey MBE, Burberry Chief Creative and Chief Executive Officer, commented: “Anna gives an extraordinary amount of her time nurturing and supporting creative talent around the world whether they are emerging or established names, part of fashion, literature, theatre, film, politics, sport or philanthropy. Her contribution to all of our global industries is a testament to both her passion, and her innate generosity. On a personal level it has also been a tremendous honour to have had her support, guidance and friendship throughout the many years that I have known her and I’m delighted that we are celebrating her at the British Fashion Awards in London.”

Christopher Kane: “Anna Wintour is awe-inspiring; her dedication and passion to the fashion industry, her work ethic, and her unwavering support of young talent are truly unique. I owe so much to Anna for believing in me since the very beginning; without her loyal support and friendship over the past 10 years I would not be where I am today.”

Sarah Burton OBE, Creative Director of Alexander McQueen: “Anna has such an influential hand in fashion, she cares about, and pioneers creativity. Her love and contribution to British fashion is truly outstanding and I am ever grateful for all the support she has given me.”

Natalie Massenet MBE, Chairman of the British Fashion Council: “Anna Wintour has helped, nurtured and advised the careers of some of the world’s most brilliant and creative designers. There isn’t a person working in fashion who has not been inspired and influenced by Anna’s leadership.This is why we are honouring Anna at this year’s British Fashion Awards. An editor, business woman, philanthropist, mother, friend and icon; this award recognises and celebrates her extraordinary contribution to the global fashion industry and to popular culture. Anna is the creative industry ambassador and a great friend to the British fashion industry, which has benefited from her incredible support in driving the profile of our talent on a global platform as well as from her very personal care and attention. As one of Britain’s most successful exports, it is fitting to celebrate Anna Wintour’s lifetime of achievement in London.”

Are You Ready To Raise Your Digital Game With A New Dimension of Interaction?

Lisa Lang on Knitted Wearables and Reprogramming the Machines 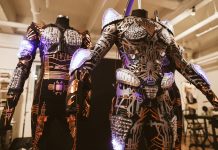 Asher Levine, In The Business of Material Innovation & Future Fashion 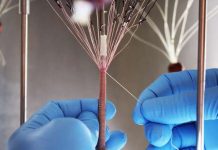 Science Introduces Human Textiles That Can Be Knitted, Crocheted or Weaved

Durable, Ultra-lightweight and Breathable, Nike’s Fastest Shoe Ever Is Back!

Mar 23, 2016
We use cookies to ensure that we give you the best experience on our website. If you continue to use this site we will assume that you are happy with it.Ok