Imagine a mobile phone with swappable parts. Is this a phone that will be more attractive to consumers? Do we really want to spend time customising our devices? Well Google seems to think so, introducing their  known as Project Ara, a  concept smartphone made up of little interchangeable components.

With tests taking place in Puerto Rico, experts are convinced that it will be a phone that will have mass-market appeal. Although some argue that this type of modular smartphone will only really appeal to a limited  audience of hobbyists.

Jon Erensen, an analyst at the Gartner consultancy states,“Modules can include cameras, speakers, batteries, displays, the application processor, wireless connectivity, blood-sugar monitors, laser pointers, pico projectors, or any number of items that will be held into the shell by magnets.”

Google’s latest prototype is designed to increase the life of the phones whilst allowing users to replace individual components, rather than the whole phone. Director of Project Ara, Paul Eremenko promises that the phone will have  “better performance and more space”.

To continue, Google plans the pilot modular phone to have components that can be swapped. These modules can be clipped into the handset. Google plans to have between 20-30 available by the time the pilot launches,  later this year. So far, 11 have been produced.

The phone has been designed to be easy for users to customise. Those who want extra battery life or a different camera, for example, would love this flexibility. The modules are held in place with magnets, which can be deactivated whilst replacements are made. Also; the components can be replaced while the phone is on.

So why Puerto Rico? Google says that they chose chose Puerto Rico because the US territory is the “leading edge of a global trend. Google then adds “Puerto Rico is a gateway from the US to the world.” Is it? They continue, “It is a bilingual culture. It is well-connected as a communications, logistics and trade hub. It has designated free-trade zones, which we can use for importing modules from developers worldwide.”

So Google has spoken, and Puerto Rico will be “at the head of a global trend towards mobile-first internet access” . They will be the first to experience Google’s handset that hopes to attract the five billion people who do not currently own a smartphone. 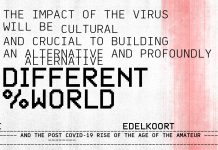 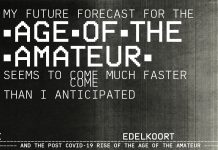 In the Age of Covid-19, “Its Time To Invent Everything from Scratch” says Li Edelkoort

Peter C. Leferink: “What we used to call ‘fashion’ is worn out, beaten down and broken.”

Rothy’s Sneaker, Designed For The Woman Who Is Changing The Game

Dash Of In Style In Wearable Sesame Ring

Nov 4, 2019
We use cookies to ensure that we give you the best experience on our website. If you continue to use this site we will assume that you are happy with it.Ok